“If you want – teach yourself to be impatient.” 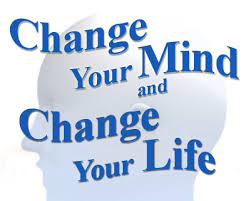 . “Truth can be stated in a thousand different ways, yet each one can be true.”

. “Take up one idea. Make that one idea your life – think of it, dream of it,
live on that idea. Let the brain, muscles, nerves, every part of your body,
be full of that idea, and just leave every other idea alone. This is the way to success.”

. “Don’t let the fear of losing be greater than the excitement of winning.”

. “Between my past, the present and the future, there is one
common factor: Relationship and  Trust.”

. “Friendship with oneself is all-important, because without it one cannot be
friends with anyone else in the world.”

. “One thing life has taught me: if you are interested, you never have to look for
new interests. They come to you. When you are genuinely interested in one thing,
it will always lead to something else.”

. “Every great dream begins with a dreamer. Always remember, you have within
you the strength, the patience, and the passion to reach for the stars to change the world.”

. “The weak can never forgive. Forgiveness is an attribute of the strong.”

. “Nobody can hurt me without my permission.”

Mahatma Gandhi (The father of the nation – India)

. “If you tell the truth you don’t have to remember anything.”

. “I have spent most of my life worrying about things that have never happened.”

. “If you don’t value your time, neither will others. Stop giving away your
time and talents. Value what you know & start charging for it.”

. “Numbing the pain for a while will make it worse when you finally feel it.”

. “Indifference and neglect often do much more damage than outright dislike.”

. “Develop success from failures. Discouragement and failure are two of the
surest stepping stones to success.”

. “You have to learn the rules of the game. And then you have to play
better than anyone else.”

. “We can’t solve problems by using the same kind of thinking we used
when we created them.”

. “The difference between a successful person and others is not a lack of strength,
not a lack of knowledge, but rather a lack of will.”

. “It’s really hard to design products by focus groups. A lot of times,
people don’t know what they want until you show it to them.”

. “Your time is limited, so don’t waste it living someone else’s life.”

. “You have to trust in something – your gut, destiny, life, karma, whatever.
This approach has never let me down, and it has made all the difference in my life.”

. “A successful man is one who can lay a firm foundation with the bricks
others have thrown at him.”

. “To know the right means of getting something done is virtually to have done it.”

. “The first step toward success is taken when you refuse to be a captive of
the environment in which you first find yourself.”

. “When I dare to be powerful – to use my strength in the service of my vision,
then it becomes less and less important whether I am afraid.”